TRIGGER WARNING
The article contains details of a crime scene that some readers may find disturbing. Please read further at your own discretion.

IN 2018, the mysterious deaths of a seemingly happy and healthy family in India took the local media by storm. The political bodies, local authorities, Central Bureau of Investigation (CBI), Delhi Police, and forensics teams were baffled by the shocking site of an alleged crime scene. The deaths of 11 close-knit members of the Bhatia family upset the entire country.

The most chilling and shocking fact is that three generations willingly took part in what is now termed as a ritual that cost them their lives. 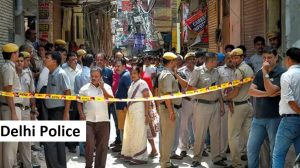 The story has regained its lost fame as Netflix, a popular streaming platform, has on-aired a three-episode long docuseries on the mysterious deaths. While the docuseries has received mixed reviews from the viewers and critiques, it is absolutely bone-chilling.

The documentary builds curiosity from the very first scene. The viewer gets indulged in the setting with captivating inhouse shots and interviews of the neighbours and family friends. The description of the crime scene from the first respondent of the case makes the viewers’ heart skip a beat, as he enters the room where 10 of the family members can be seen hanging from metal bars. While the corpse of a 80-year-old Narayni Devi is found in her bedroom.

The docuseries, at times, makes use of the actual footage which makes it a difficult watch. The three hour-long episodes delve deeper into the never-shifting paradigm of South Asian societies. They successfully touch on the subjects of the ever-prevailing patriarchy in the sub-continent and not taking the mental health seriously. By the time, the third episode ends, one is slapped in the face with the shocking reality of sub-continental families.

The House of Secrets tells the story of every South Asian family that has never questioned the role of patriarchy and never taken the mental health seriously. The use of narrations, from story-telling perspective, is chilling. They actually help the viewer understand the magnitude of the problem that the Bhatia family was facing. At times, convincing, it was very well executed. 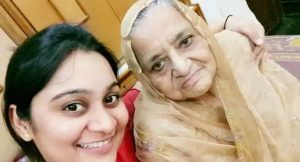 The interviews of journalists, policemen, medical experts, friends, and family members help one understand that the Bhatia family was just like any other common sub-continental family. But that, the members, somehow, blurred the distinction between delusion and reality.

Overall, the docuseries is absolutely well executed and one feels that it has, somewhat, awakened the audiences from their slumber and compelled them to question patriarchy, and take mental health seriously. That said, it is a terrifying watch, for the events shown in the documentary took place in real-life.

How 7 Simple Fitness Tips Helped Me

ISLAMABAD: Chairman Pakistan Tehreek-i-Insaf and former prime minister Imran Khan has announced to halt the protest and given a six-day...