They rule hearts on TV screens. They rule hearts wherever they go. They are beautiful. They are drop-dead gorgeous. We are talking about none other than the top most followed Pakistani celebrities on Instagram.

Ayeza Khan is a model and a talented TV actress. She played the lead role in arguably the biggest hit of Pakistani silver screen of the 21st century – Mere Paas Tum Ho. She is also the first Pakistani who’s followed by more than 10 million people on Instagram. 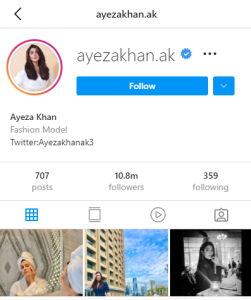 Aiman Khan is another talented Pakistani TV actress. She is well on her way to becoming the second Pakistani after Ayeza Khan who enjoys more than 10m followers on Instagram. Aiman is currently followed by 9.7m people.

Most of her content covers her travel, family, photoshoots and daily life updates. Here’s her profile link: 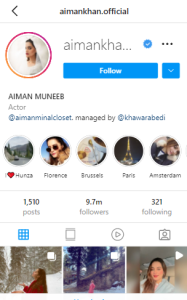 Minal Khan is the twin sister of Aiman Khan and is third on the list of celebrities followed by the most people on Instagram in Pakistan. She starred in a hit TV serial Jalan and is renowned for her negative portrayal in the drama. Minal is followed by 8.5m people on Instagram in Pakistan. Like the other two, her content also revolves around her pictures from dailylife, family, and photoshoots for brands. 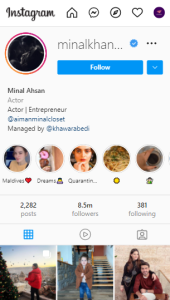 It is safe to say that, for now, Ayeza Khan is the ultimate queen of Instagram in Pakistan. But with Aiman and Minal catching up fast, who knows she might be thrown off the throne soon. Who, in your opinion is the queen of Instagram? Let us know your answers in the comments section!

A deadly shooting at a Texas elementary school saw 19 children getting killed on Wednesday. The 18-year-old gunman was killed...

‘Will not allow PTI to enter Islamabad,’ Rana Sanaullah

On Tuesday, Rana Sanaullah - Interior Minister, announced to not allow Pakistan Tehreek-i-Insaf to enter the federal capital today for...