We will welcome exhibitors to join us till Maula Jatt continues to run in theatres, says Nadeem Mandviwalla

KARACHI: The distributor of the most-celebrated Lollywood film of 2022, The Legend of Maula Jatt, addressed a press conference here and clarified the demands they put forward to the exhibitors of the movie. The statements came after the popular cinema, Nueplex, stated that the producers demanded terms contradictory to their policy.

Mr Nadeem Mandviwalla, in a brief statement, explained that they asked the exhibitors to give a share of 60 per cent, 10 per cent more than usual, to the movie during the first eight days and increase the ticket price during the initial eleven days.

“We believed this was going to be a historic movie, and this would change the course of the industry. The strategy was to increase the ticket prices for the first eleven days and give a 60 per cent share to the movie. Many cinemas accepted to support us, and it was not possible to change the strategy for a few,” explained Nadeem. 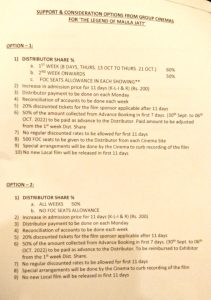 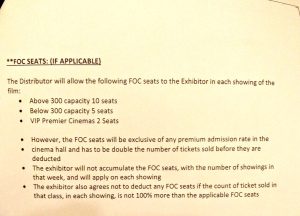 Despite the film having already delivered historic numbers at the box office, Mr Mandviwalla is still willing to welcome the cinemas that are currently not showcasing the film.

“Our market is relatively small, but ‘The Legend of Maula Jatt’ can change its dynamics. We ask the cinemas to kindly come and join us on the journey,” he stated.

On the question of taking away the film from people who cannot afford an expensive ticket, Mr Nadeem said that tickets would return to the original rate after eleven days, and already eight days have passed.

“I assure you one thing that this film will be available in Rs200 tickets. No one has ever offered this, but I will make sure to provide this relief to the public,” he said.

The Legend of Maula Jatt has crossed over Rs50.9 crores at the box office and has become a roaring success. The distributors are hopeful that this will cross the mark of Rs100 crore.