Ronaldo, Messi – the end of an era?

If you were to pit two demigods against each other, who would win the fight? No one. It would be an absolute carnage. That is what the common sense says. But, more importantly, that is what the football fans need to learn. Cristiano Ronaldo and Lionel Messi are no mortals. What we have seen and continue to witness is magic at its very best.

Forget team sport, football has always been about individuals. Individuals like wizards working in the lab, waiting for new spells to work. And while most of them give up half way, not because they want to, but because their bodies cannot take more of the damage; these two, Ronaldo and Messi, continue to defy the laws of nature.

Football has the rare distinction of having featured some of the best sportspersons the world has ever seen, yet it too stands in disbelief at what Ronaldo and Messi have achieved. Why is it so difficult to accept then that the two should not be compared, but rather celebrated as long as they are playing is a question that has made many a people scratch their head.

It would be great injustice to pit them against each other off the field because what they’ll leave behind by the time they retire is a legacy that will be hard to emulate for years to come. It would be highly unjust to demean any of them at the expense of the other. But, because the football fans need reasons to love their heroes even more, we are going to use numbers to prove how there is nothing to separate the two from each other. 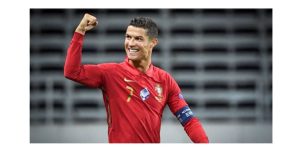 Ronaldo has scored 790 goals in 1080 matches in his career so far, averaging 0.73 goals per match. The Portuguese star has a slight edge over his Argentinian counterpart with 57 stunning freekicks and 58 hat-trick goals.

For club football and international duties, Ronaldo has scored 139 penalty goals and 127 braces, giving him an edge over Messi. Ronaldo has won the FIFA World Player of the Year award five times in addition to the coveted Ballon D’or. The goal-machine has five European Golden Shoes and as many Champions League titles, three UEFA Super Cups, and seven domestic Super Cups. However, Ronaldo has played 145 more games than Messi. 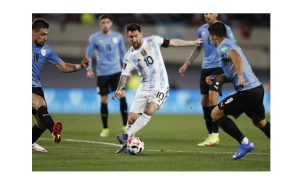 The blue-eyed boy of the football world, Lionel Messi, is as astounding as CR7 if not more. But he beats Ronaldo comfortably with six FIFA World Player of the Year awards combined with several Ballon D’or wins. Messi has scored 752 goals in 935 games, averaging 0.80 goals per game.

When it comes to international duties, both of them have outshone their team mates on the pitch on several occasions. However, on a head-to-head record, Ronaldo has an advantage over Messi since he has one Euro Cup and one UEFA Nations League, whereas Messi only has one international trophy, the COPA America. Both of them enjoy the honour of being the highest goal-scorer of all-time for their respective countries with CR7 having 112 goals for Portugal and Messi with 80 goals for Argentina. 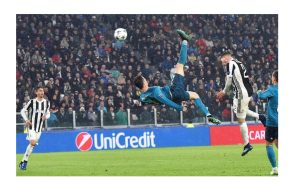 That the players they started their careers with are now retired and managing clubs and other teams is a testament to their fitness and consistency. They have been rock solid over the last one and a half decade and have given their all. Degrading them is akin to degrading this great sport that we all love.

The Qatar World Cup 2022 is most likely to be Ronaldo’s and Messi’s last. And as all good things must come to an end, they too might reevaluate after the World Cup whether the pain, the sweat, the tears, the joy are still worth it or not.

ISLAMABAD: Chairman Pakistan Tehreek-i-Insaf and former prime minister Imran Khan has announced to halt the protest and given a six-day...