MANILA: On Wednesday, the Northern Philippines was struck by a powerful earthquake of 7.1 magnitude. Till now, four people have died in the unfortunate disaster, and 60 have been seriously injured.

According to Interior Secretary Benjamin Abalos, two casualties were reported from Benguet, one from Abra and another one from a different province. 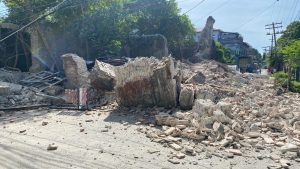 The earthquake damaged 173 buildings and caused 58 landslides. Out of the 60 injured people, 44 hail from Abra province. President Ferdinand Marcos Jr said that authorities have ensured that a quick response was provided to affected areas.